As of this posting it appears that Komen has restored its funding for Planned Parenthood. I thought I would run this post anyway. I think it makes some important points.

As reported in the New York Times on February 1, 2012, “Cancer group halts financing to Planned Parenthood”, the Susan G. Komen Foundation will abruptly end a program that gave about $700,000 to 19 Planned Parenthood (PP) affiliates to fund breast mammograms and ultrasounds for women who cannot afford them. Just to be clear, the Komen Foundation, the world’s largest breast cancer foundation which is famous for its pink ribbons and “Run for the Cure” races, has not changed its position on screening for breast cancer. It just doesn’t want to fund this screeining through Planned Parenthood, which will present a problem for the three-quarters of a million women who have had their mammograms through that organization.

Why? There has been a very long standing relationship between these two organizations committed to women’s health, and this decision seems to be very sudden. According to the Times, “A spokeswoman for the Komen foundation, Leslie Aun, told The Associated Press that the main factor in the decision was a new rule adopted by Komen that prohibits grants to organizations being investigated by local, state or federal authorities. Ms. Aun told The A.P. that Planned Parenthood was therefore disqualified from financing because of an inquiry being conducted by Representative Cliff Stearns, Republican of Florida, who is looking at how Planned Parenthood spends and reports its money.”

On the face of it, this is absurd; any state legislator can do an investigation into any organization for any reason, and they do. Unlike investigations by law enforcement bodies, in which presumably there is at least a reasonable suspicion of illegal activity. It can only be inferred that this “new rule” was specifically instituted to remove funding for PP. And Komen didn’t have to wait for Rep. Stearns; my state of Kansas has been regularly investigating our Planned Parenthood, starting under former Attorney General Phill Kline, who illegally kept subpoenaed records after he left office. When it finally went to trial after several years, the case was decided by a jury in less than 30 minutes, for PP. More recently, the current administration (also, coincidentally, Republican) has tried promulgating new health department rules regulating abortion providers that were absurdly picky, such as the size of janitorial closets. This has also been discarded.

Wait, Planned Parenthood does abortions? Could that be part of the reason? Why yes. Some, but not all, PP affiliates perform abortions. PP provides comprehensive women’s health services, including contraception and education, as well as breast cancer screening. The Times article notes that many have suggested that it is pressure from right-wing anti-abortion groups that has caused this action. For example, “…in December, LifeWay Christian Resources, which is owned by the Southern Baptist Convention, said it was recalling a pink Bible it was selling at Walmart and other stores because a dollar per copy was going to the Komen foundation and the foundation supported Planned Parenthood.” Of course, this is not really a different reason; the reason that Rep. Stearns and AG Kline and others have for investigating PP is because they do abortions.

In further “explanation” (since the original one was so nonsensical), the Komen “…foundation issued a statement saying it was seeking to ‘strengthen our grants program’ and had ‘implemented more stringent eligibility and performance criteria….While it is regrettable when changes in priorities and policies affect any of our grantees, such as a longstanding partner like Planned Parenthood, we must continue to evolve to best meet the needs of the women we serve and most fully advance our mission.” I had to include this last sentence so that I can recommend that you copy it and save it for a time when you need a piece of corporate double-speak jargon that says nothing except “We’re lying here.”

Planned Parenthood affiliates who do offer abortion services see them as part of the continuum of women’s health care. They offer sex education and contraception, but sometimes this fails – or hasn’t been used -- and women seek an abortion, which may be their first contact with PP. And they may then avail themselves of PP’s other services so they do not have another unwanted pregnancy.  Of course, there are many people who are opposed to abortion who support these other missions (contraception and sex education, as well as breast cancer screening). Therefore, PP usually segregates its funds so that only donations that are unrestricted or specifically intended to support abortion services are used for that purpose. However, there are many others, particularly organized “right-to-life” groups, who are not only opposed to abortion, but to the other missions as well.

A rational, data-driven approach would note that the only things that have ever been shown to reduce the abortion rate are comprehensive sex education and easy availability of contraception. This is why the abortion rate in many countries where abortion is legal is lower than in others where it is not – because those same countries provide sex education and contraception. And, of course, they also provide safe abortions so that the women who receive them are much less likely to develop infections, become sterile, or die.

The only way to understand the opposition to contraception and sex education is to recognize that it is really about being opposed to sex. If you hold the view that sex should only occur in marriage, and then only for the purpose of procreation (thus, only heterosexual marriage), and should not be for fun (and maybe should not ever be fun) this starts to make sense. In a bizarre way. Of course, this excepts the many religious and anti-abortion leaders who are involved in active and extramarital sex. They seem to have no problem telling women what to do with their lives, while living their own lives in total hypocrisy. Of course, but these are mostly men, so what do you expect? They don’t get pregnant.

In another big news item in the same issue of the Times, we are informed that rates of second surgery after lumpectomy for breast cancer vary widely by surgeon, from 0% - 70%. (Breast Cancer Surgery Rules Are Called Unclear by Denise Grady reports on Variability in Reexcision Following Breast Conservation Surgery by Lawrence McCahill and colleagues, published in JAMA, February 1, 2012. In doing lumpectomy for breast cancer, there is a cosmetic reason for taking only the least amount of tissue necessary to remove all the cancer. After all, this is the reason that lumpectomy was developed to replace mastectomy. Sometimes, on pathological examination, the “margins” are not “clear”; that is, cancer cells are found microscopically up to or past the border of the excision, and an additional surgery is required to get the rest. The question is whether there are surgeons who regularly seem to do this more often, that is take too little tissue, rather than random variation; the answer seems to be “yes”.

However, the study shows that there seem to be many more surgeons who often do a second surgery even though the margins are clear than there are surgeons who regularly take too little and need to repeat the surgery. This also means that many surgeons who have the former practice may often take too much tissue the first time to avoid the repeat surgery. This is because they believe that there need to be larger margins of normal tissue, of 2-5mm, between the cancer the edge of the excision. Comments by McCahill and other expert breast surgeons indicate that there is no data showing the larger margins provide any lower rate of recurrence than smaller ones.

What is clear, however, is that cancers found earlier and smaller are more likely to require less invasive surgery and have a greater chance of recovery. While the age of starting and the frequency of screening may be controversial (see my perspective on October 30, 2010, Breast cancer screening: conflicting evidence? what are the important questions for health?), it is hard to argue that having making it more difficult to obtain that screening for 750,000 women who use Planned Parenthood is good policy if your goal is to identify and treat breast cancer as early as possible.

Which, of course, is supposed to be the Komen Foundation’s mission.

The “Lede” story on the Komen Foundation’s reversal, Cancer Group Backs Down on Cutting Off Planned Parenthood quotes Komen’s Twitter post (@komenforthecure): “We want to apologize for recent decisions that cast doubt upon our commitment to our mission of saving women’s lives.” 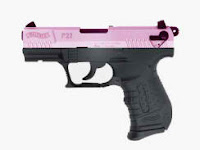 And for thinking that they could just do this and not ignite a firestorm of protest. Good to see some life in the reproductive rights movement! The anti-abortion-people-who-talk-only-to-themselves-so-much-they-think-everyone-agrees-with-them were unsuccessful in this attempt. Hopefully the women’s health and pro-choice community can remember that these rights are not guaranteed by anything but the willingness of the people to fight for them.
Posted by Josh Freeman at 5:05 PM

When did killing your baby become a "right" in the United State of America? There is a simple solution. Let donors who are in favor of paying for abortion donate to the abortion account. Let those wanting to pay for cancer screenings donate for those services. On a brighter note, at least this headline has brought some much needed transparency to both of these organizations. Who would have thought that when you donate to help women get cancer screenings you are helping kill innocent, unborn children. I am not against a women's choice I am against her using my money to do. I feel like an accomplice to murder. I don't think we have heard the last of this.

Just in response to VanFam7's comment, as I note in the blog piece, PP does not use any contributions from Komen or the government for abortions. These are funded by contributions either explicitly for this purpose or unrestricted donations.