Should the price of drugs be based on what pharmaceutical companies can get or what people can afford?


The high cost of prescription drugs is an issue that seems to engage most people, including politicians both Democratic and Republican, left and right. The Speaker of the House of Representatives, Nancy Pelosi (D-CA), has proposed a bill (called, in fact, the Lower Drug Costs Now bill) that would control drug prices, at least for essential medication, a proposal endorsed by the Editorial Board of the New York Times. The President of the United States, Donald Trump, who disagrees with Ms. Pelosi on almost everything else (and indeed is in the process of being impeached by the House of Representatives over which she presides) is telling Americans that they will be able to buy their drugs, at lower prices, from abroad. Indeed, the President has gone even further, announcing that he will require health providers to post their actual prices, that is what insurers actually pay, not posted un-discounted prices, on line.


Both of those White House proposals would be terrific. They would not, by a long shot, solve the problems afflicting Americans in the arena of their health and health care – after all, posting the prices is not the same as making them affordable – but it would sure help. I have previously told the story of an outpatient hernia operation I had some years back. I left home at about 6am and was back there in my own bed by noon. Then I received the hospital bill – not including the charges from the doctors, the surgeon and anesthesiologist – for $10,000! I then got a notice from my insurer that I would have to pay $400, they would pay $1600, and the hospital would make a “contractual adjustment” for the rest. That is, the hospital, based on a contract with my insurer, would write off $8000. Whew. I only had to pay $400. But the thing is – the official hospital charge was $10,000. If I didn’t have insurance, I not only wouldn’t have been billed only $400, I wouldn’t have even been billed the $2000 that was the total the hospital collected from me and the insurance company; I would have been billed $10,000! This is absurd, and while requiring hospitals to post the prices they are actually paid by the insurance companies would not necessarily change this, it would bring the flagrant abuse of uninsured people out into the open. If you doubt the significance of this, note the objections of the hospital industry: ‘“This rule will introduce widespread confusion, accelerate anticompetitive behavior among health insurers, and stymie innovations,” the American Hospital Association and three other major hospital groups said in a statement.’ Yup, they hate it so it must be a good thing!


But back to drug prices. They are currently unconscionable. Americans pay a lot more for most drugs that they need than people in other countries. The main reason is that other countries regulate drug prices, and the US doesn’t. Indeed, when the Medicare Drug Plan (Part D) was passed by Congress during the GW Bush administration, it specifically forbade Medicare from using its clout as the nation’s largest insurer to negotiate drug prices. That was a win-win for the drug companies (The government requires every Medicare recipient to buy drug insurance and forbids it from doing anything but pay full price.) So, frankly, the White House proposal to allow American to buy drugs abroad is a minor step – nothing like actually regulating prices for drugs or even allowing Medicare to negotiate those prices for its recipients – but it is something. I support it as far as it goes. I also support Nancy Pelosi’s more extensive intervention.


There is reason, however, to be skeptical of whether the White House will actually implement these changes. Impeachment aside, promising things that he cannot or will not deliver on is the routine modus operandi of President Trump. I hope this is the exception. Pelosi’s Democrats are, I believe more sincere in their desire to limit drug costs, but it is unlikely that a plan of theirs will pass the Senate, and if it should, the President would likely veto it because it is not his plan. And, of course, it might hurt the drug companies; he likes to use them as whipping boys, but they are a big part of the huge corporate complex that has benefited from all of the Republican’s policies, and contribute a lot. They also contribute a lot to Democrats. 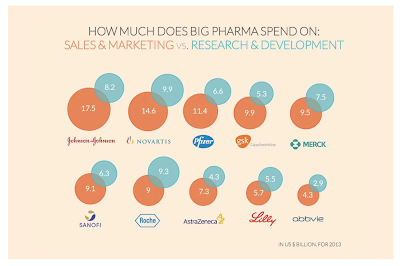 Sometimes in discussions about drug prices, similar to discussions about other situations that lead to enormous industry profits, we hear arguments that include the need for research and development on new drugs and the possibility that Americans do better as a result of paying more for their drugs than people in other countries who pay less for the same medicines. We also hear that since insurance companies pay for these drugs, the high cost really doesn’t hurt Americans. All of these arguments are worse than baloney – they are purposely produced propaganda funded by the pharmaceutical industry as part of their marketing budgets, in the interest of maintaining their profits. Luckily most Americans are now seeing through the smokescreen, as indicated by these proposals from both parties.


A recent study by Navindra Persaud and colleagues published in JAMA Internal Medicine[1] found that adherence to treatment was significantly higher among a group that received their drugs free of charge. This should surprise no one, least of all pharmaceutical companies. (The fact that only some disease outcomes improved may have more to do with how well these drugs actually are effective in doing what they are supposed to do.) The idea that lowering prices would inhibit access to medicines is belied by the fact that drug companies make plenty even with lower prices or they wouldn’t sell their drugs abroad.
So reducing drug prices and thus limiting the exorbitant profits made by the pharmaceutical industry is important. The cost of those drugs eats into the ability of Americans to pay for other things – not just luxuries, but also food and rent. And, as always, while it can affect most of us, the impact is greatest on those with the lowest income. It may happen, although the corporate ownership of both the mainstream Democratic as well as Republican parties will be a big obstacle.


But we need more than just lower drug prices, and certainly more than the ability to purchase drugs abroad. We need to have comprehensive health system reform that provides coverage and access for all health care for all people at affordable cost to them. This means cutting the income and profits of not only pharmaceutical companies but insurance companies and – absolutely not to be missed – health systems. After all, a recent article in the Mayo Clinic Proceedings describing the major individuals with an influence on health policy indicated that


there were 1700 persons named from 2002 to 2018, a minority of them women (range over the period, 17% to 28%). Most influencers are top executives from nonprofit health care provider organizations; their proportion has increased from 23% in 2002 to 72% in 2018, with an apparent substantial upward inflection in this trend since 2009. This predominance appears to be at the expense of academics, advocates, and government officials.


The objection that we cannot take on too much all at once is specious; it is only by taking on everything more-or-less simultaneously (or in quick succession) that we can prevent gaming of the system and actually improve health care for all Americans.

The goal of US health care is to make all of the pricing - particularly of drugs - as obtuse as possible. I get a q. 3month shot of a medication that is almost as old as I have been practicing medicine and 1.5cc is charged $7500 to Medicare and they pay $250. Pricing is pretty much a farce and you are right, the uninsured get charged full fare.

For an excellent analysis of the prescription drug problem in both the US and Canada, and proposed solutions, see Gaffney, Lexchin et al., 'Healing an ailing pharmaceutical system: prescription for reform for United States and Canada', British Medical Journal,BMJ 2018;361:k1039 doi: 10.1136/bmj.k1039 (Published 17 May 2018)